The KFS Factor: Making Money as an Independent Artist

5 Unique Ways Artists Can Promote Their Music On Social Media

3 Ways To Leverage Clubhouse For The Music Industry 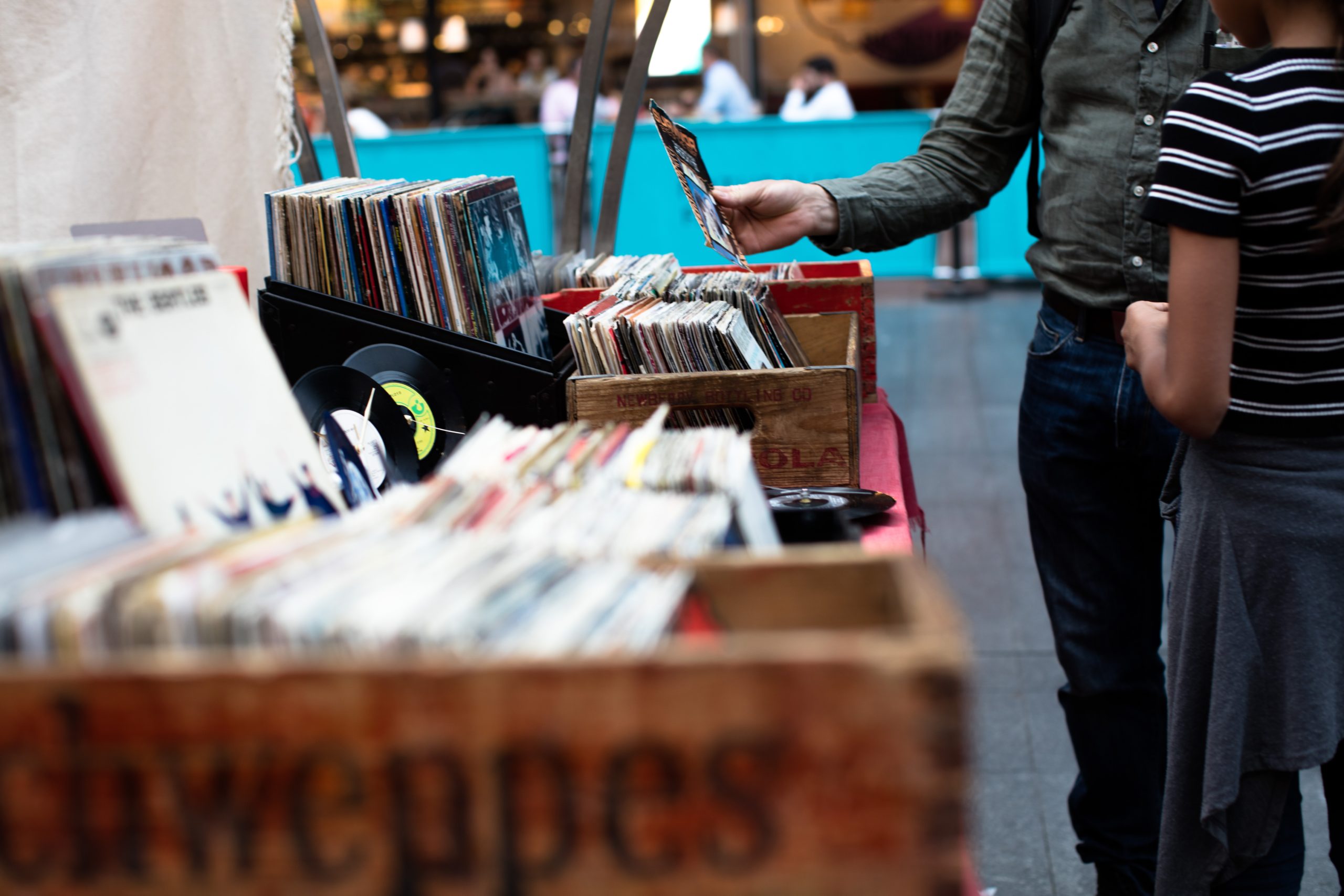 A common misconception that’s somehow still prevalent in 2021 is that no one buys music anymore. Let’s dispel that myth right off the bat:

2 billion dollars worth of recorded music was sold in the United States alone in 2019. (source: RIAA)

4.4 billion dollars worth of PHYSICAL music was sold worldwide in 2019. (Source: Billboard)

Now there’s no doubt that this is just a slice of the pie when it comes to the earnings of streaming juggernauts like Spotify and Apple Music.

I’m not here to debate the fact that streaming was king in 2019, but: I am here to challenge the assumption that no one buys digital downloads and physical albums.

The main thing that’s changed is why people buy music.

Smartphones were nowhere to be found, and while you could use services like Napster to illegally download music… well, it was a cumbersome process at best. Anybody remember downloading one song and it taking literally all night over America Online, waking up to anything from a failed download to an actual virus?

As soon as people no longer HAD to buy music, they didn’t. They flocked to YouTube, and then streaming platforms. So what explains these billions and billions of dollars of current day music sales?

Simply put: People buy music now because they WANT to. So how do we make them want to buy your music?

Allow me to introduce: The KFS factor.

It’s a simple acronym that will teach you WHY people still buy music; and how you can use it to sell yours. Let’s break it down:

Know - This is exactly what it sounds like; somebody that just knows you. Maybe they’re not a fan but they do know you exist. It’s the first step, and it’s an important one. These are people who’ve probably been exposed to your music on Spotify or YouTube. Most likely, one of their friends sent them one of your videos or the almighty algorithm pushed your song to them. Here’s what they MIGHT do: Stream a few of your songs or maybe even follow you.

Here’s what they’re NOT going to do - They’re not going to buy your music, merch, or come to your live shows. What we need to do is get them to the next step.

Fan - This is exactly what it sounds like. This is one of your fans! They’ve been exposed to your music, they listen to your music on Spotify and hopefully even share your music with your friends. They WILL do the things people who just know you might - they will absolutely stream your music and follow you on their streaming service of choice, possibly also on social media.

Most importantly, they may even buy your album, your single, maybe even your merch. When you’re trying to make a living off your music, maybe isn’t good enough.

Now that we’ve got KFS defined, how do we make it work for us? The answer is shockingly simple: Remember, you’ve got to give people a reason to want to buy!

That means exclusive tracks that they can’t get on streaming services. It means priority access and discounts on your merch and physical records.

Give your superfans a reason to buy, and they will. Simple as that.

That’s it! As more people come to Know your music, build up your Fan base, and then turn them into Superfans with exclusive content, deals, and access to your music. KFS.

Adam Rich is a drummer with a vested interest in music marketing and content creation. He has written hundreds of articles covering a dizzying array of subjects related to online marketing and social media entrepreneurship. A lifelong writer and musician, his main goal is to help talented musicians get their music out to the widest audience possible and make a living while doing it.