10 Ways to Promote Your Music for Free 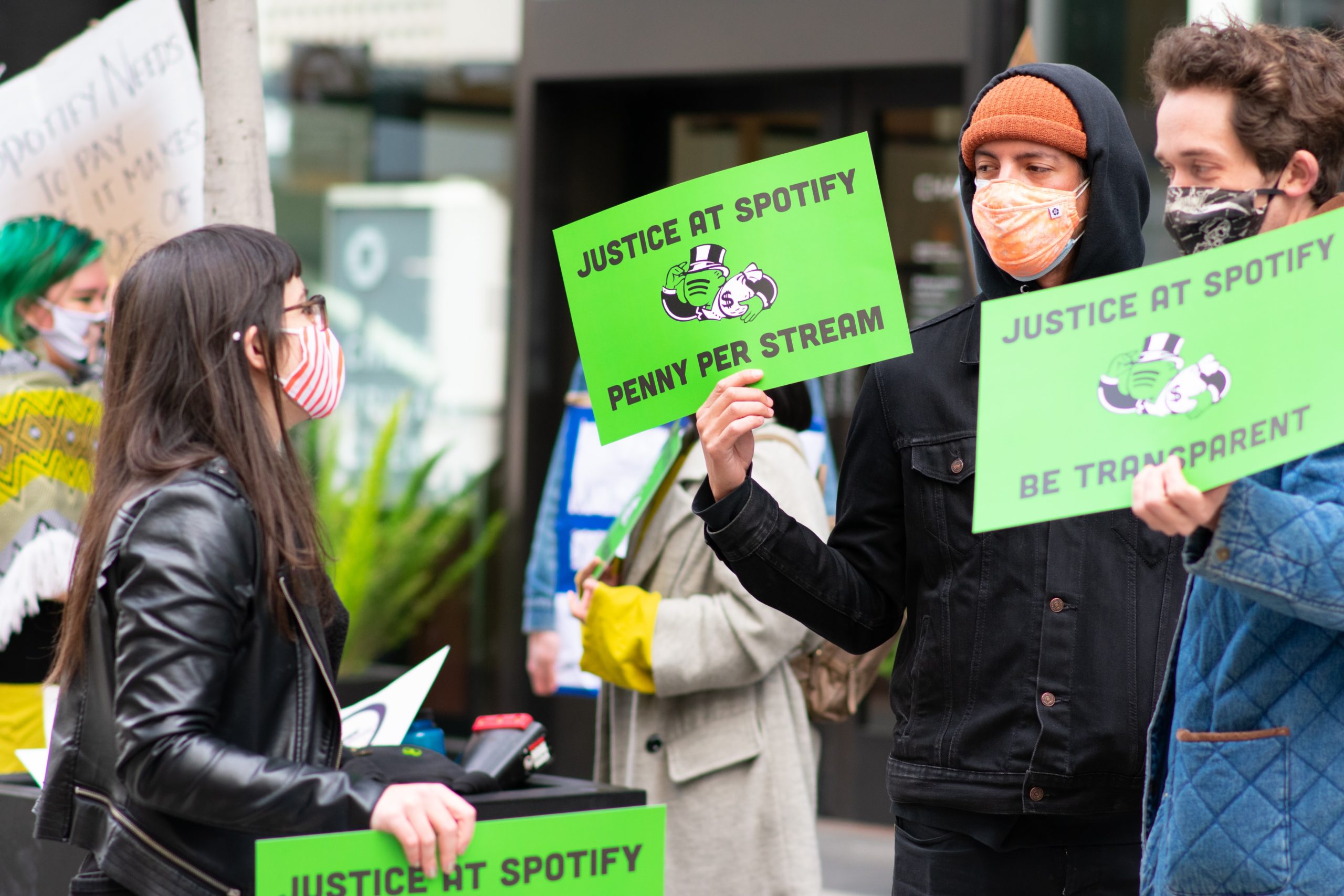 In an effort to help artists understand how to handle their streaming royalties on Spotify, the platform recently launched their Loud and Clear campaign.

In the calendar year of 2019, Spotify accounted for 20% of recorded music revenue — so it’s important to remember that this is only a piece of a much larger music-industry picture.

Still, streaming is undoubtedly one of the primary revenue streams of the future for artists, and it’s important that you understand how royalties are distributed going forward.

In this article, we’re clearing up everything you need to know about the Loud and Clear campaign. Let’s dive right in.

Why Did Spotify Launch Loud and Clear?

The Loud and Clear website took months to produce, primarily launched as a response to a series of protests taking place outside the Spotify office by the Union of Musicians and Allied Workers.

Spotify vice president and head of marketing Charlie Hellman told Pitchfork that: “For all the time I’ve been at Spotify, artist payouts and royalties have been an everyday topic — but I think externally, we haven’t done as much as we ought to to contribute more to the conversation.”

Loud and Clear Breaks down the economics of streaming into several key categories:

Let’s break down each of these categories for you so that you can understand the intended messaging from each page.

How the Money Flows

Spotify wants you to know that the platform does not pay artists or songwriters directly.

If you’re not on a record label, you’re probably using a distribution service such as TuneCore, CD Baby, or Distrokid.

So: your distributor is actually the one paying your royalties. Not the Spotify platform itself.

Spotify has different agreements with different distributors. In general, they pay about ⅔ of all revenue generated to those distributors (and other rights holders).

Once that money is in the hands of the distributor, they take another 15% or so out of your cut. In essence, everybody else gets paid first, and you, the creator, get paid last.

This is frustrating for many artists, especially when you consider that you have to generate hundreds of thousands of streams and downloads to see any real cash.

But here’s the deal — competition is fierce. Just as in any industry, only the top-notch producers get paid the big bucks. Streaming has made it possible for any artist to release their music easily without the need of a label.

It’s far from a perfect system, but it's important to keep in mind that artists have more opportunity than ever before. As an up-and-coming musician, you should focus more on growing your following and enhancing your personal brand before expecting the cash to flow-in.

What might have been a lot of streams five years ago isn’t as noteworthy today. This is because more people than ever are using Spotify as a streaming service to discover and download new music.

This is good news for you. If you can produce one of those 207,000 songs that are streamed over a million times, you’ll see some streaming revenue. Additionally, if the song is that popular, it’s likely to get picked up elsewhere.

But here’s what’s important to note: if you make a song that gets 50,000 streams, there are over 4 million tracks still ahead of you. So while that might seem like a lot — and it’s certainly something to be proud of — you’re not going to get paid much being 4 millionth in line.

You can see where the frustration comes in. An artist produces a song that gets 200,000 streams, and then their royalty check is way smaller than they imagined. But even with that stream count, there’s 1,750,000 songs still ahead of you.

It’s not something to get discouraged about, but rather to give you perspective. You can get into that upper echelon, but it’s going to take time.

Revenue Generation Over the Years

Needless to say, Spotify is dishing out some major dough.

First and foremost — no matter what Spotify says — they are a business, and the goal of business is to make money (just like you). They have to pay employees, maintain a massive and robust server, and constantly update their platform to stay competitive. Once that’s all taken care of, they get around to paying the distributor, who pays you.

And in the end, they are always going to cater to the user, the people that pay to keep the platform alive. You, the artist, get the short end of the stick.

So while Spotify does help creators like you gain exposure, it’s really the by-product of a much larger picture. That’s why you should always be open to other revenue streams such as physical sales, touring, merchandise, and other sources.

We hope that this article has been helpful for you in understanding the relevance behind the Spotify Loud and Clear campaign.

You should take the time to visit the site yourself and explore all the resources made available to you.

Although it’s a little bit demoralizing to recognize that streaming won’t make you an overnight sensation-millionaire, all hope is not lost. Stay the course, trust the process, and embrace the beauty and freedom of being an independent artist!

And remember — JamMob is here to help. Explore our blog and musician resources to discover tons of great advice and materials that will lead you to success.

Jack Berning is a lyricist and songwriter who specializes in helping up-and-coming artists reach their goals. He also currently works as a Marketing Advisor for Milestone Management and as a freelance writer specializing in the entertainment industry. He lives in Denver, Colorado.